Colloid Mill Mixer and Its Uses

A colloid mill is usually a device which is used in the pharmaceutical industry to decrease the particle size of an insoluble material in suspension, either in liquid or in emulsion. The process is called emulsification. Colloid milling machines work on the rotary-stator concept: a spinning wheel rotates at high speeds against a stationary frame. The particles in the suspension are forced to travel from the top to the bottom, passing through a filter and finally exiting the system as suspension of water.

Colloid particles are tiny liquid droplets, which are attracted to the spinning action of the rotor. This attracts even more droplets, and so on until the whole suspension becomes a colloid. It is useful for the emulsification of solids (water, fat, and other fluids) which are too large in volume to be dissolved in a solvent solution. Colloid Mill Mixers can be used to increase the emulsification of such solids. Also, colloid mixes can be used for the separation of solids which are not soluble in a solvent, such as dried fish oil, from oily fish oil which is not suitable for animal feed.

Colloid Mill Mixer machines are generally very simple devices, consisting of a rotor and a stator. The rotor moves between two wells in the middle of a stator, which is usually made from steel or other metal. The two stators, and the well, are sealed off with small rings. The liquid that needs to be mixed passes through the stator, and is collected by the collection reservoir, which is connected to a pump. The pump is often powered by a gas or oil reservoir, and can be set up as a separate unit on a dedicated vessel. 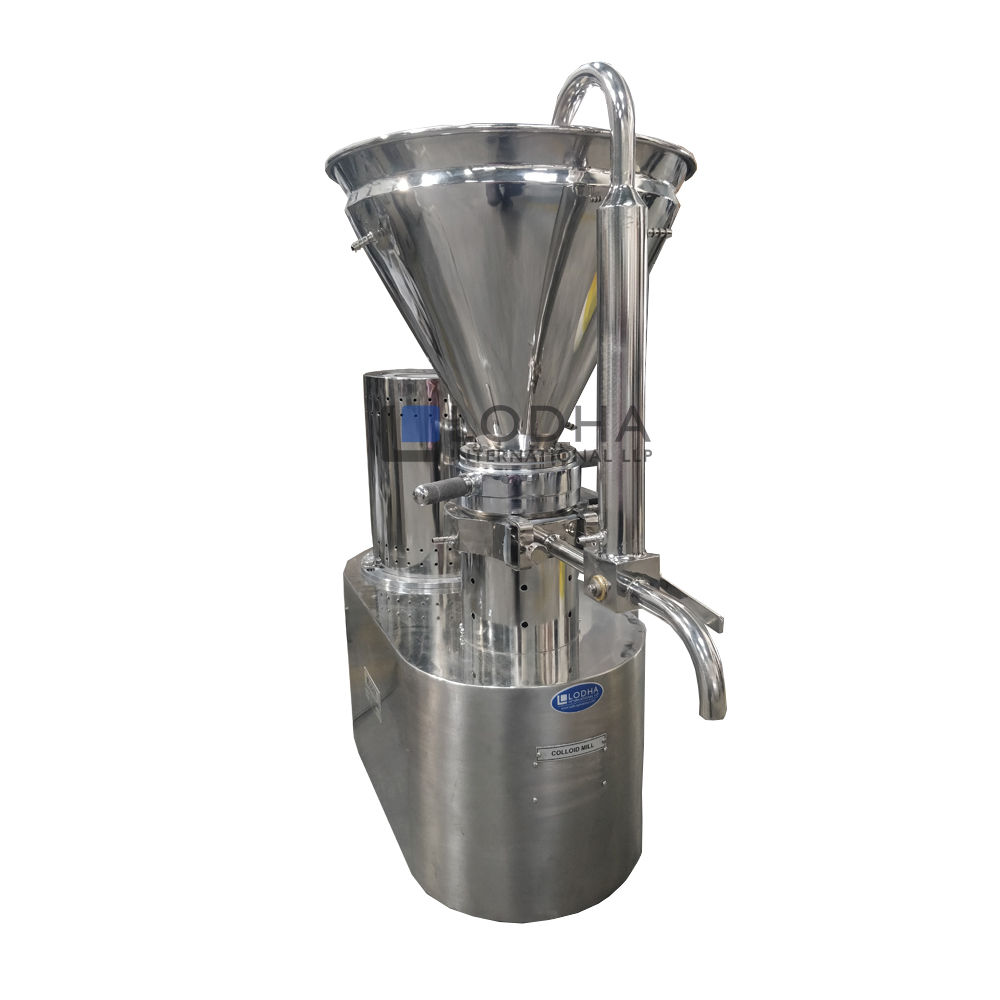 Colloid Mill Mixers can be of various types. There are many different compositions of colloid milling mixes which are suitable for use in applications ranging from pharmaceuticals to cosmetics, from oils to grease and lubricants, from emulsions to suspensions. There are also special mixes suitable for the mixing and suspension of organic solids, for example in the manufacture of glycerol, and for the filtration and cleansing of oils and industrial parts.

Colloid Mill Mixers may also be single-stage units, and are known as wet colloid mills. These units allow for the quick mixing of one drop of a liquid substance and allow for the direct removal of larger solids. A common type of wet colloid mill is called a concentrate mill. This type of unit operates by allowing a low concentration of liquid suspension to pass through the stator, and then filtering out any solids that remain after the material has passed through the stator. Concentrate Mills may use either an electrodialysis system, or a magnetic field to filter out solids, resulting in very high concentrations of suspended materials being removed.

The most commonly used types of Colloid Mill Mixers are the dry varieties, which are capable of producing emulsions and hydrosols, and the wet colloid mills which are capable of producing gel emulsions and hydrosols. Each type of unit may differ slightly from the other, depending on the materials it is adapted to handling, but most are within a range of approximately five percent to twenty percent of the volume of the original ingredient. As well as using traditional pressurized media to mix ingredients, these units have the ability to use a variety of different techniques, including the use of electromagnetic, mechanical, chemical, vibratory or ultrasound vibration methods. The modern dry colloid mills are also adapted to produce a variety of emulsions, including: emulsions, gel emulsions, foams, and gels.