Ampoule Washing Machine is a machine that is specially designed to wash ampoules with minimum contact to any of the machine parts. There are some machines that are fitted with a uniquely designed Gripper system that holds and supports the ampoules from its neck and invert them till the washing operation gets completed and even releases them after washing. After the washing, they are released through an outfeed system called a feed worm system. These feed worm systems are maintained in a vertical position to ensure the positive wash of Ampoules.

These washing machines are suitable for washing ampoules of 1ml to 10 ml capacity with the help of change parts. Ampoule feeds through the feed worm to the internal chamber and holds it from the neck and starts the washing process.

The necessity for Ampoule Washing Machine

High Speed Rotary Ampoule Washing Machines are used for bulk usage in the industries. This machine plays a vital role in sterilizing the ampoules before being filled with their respective content. Because of its effective use as sterilizers, it becomes of utmost importance to properly clean the ampoule as the presence of any impurity, dust or contaminant can affect the intactness of the formulation. 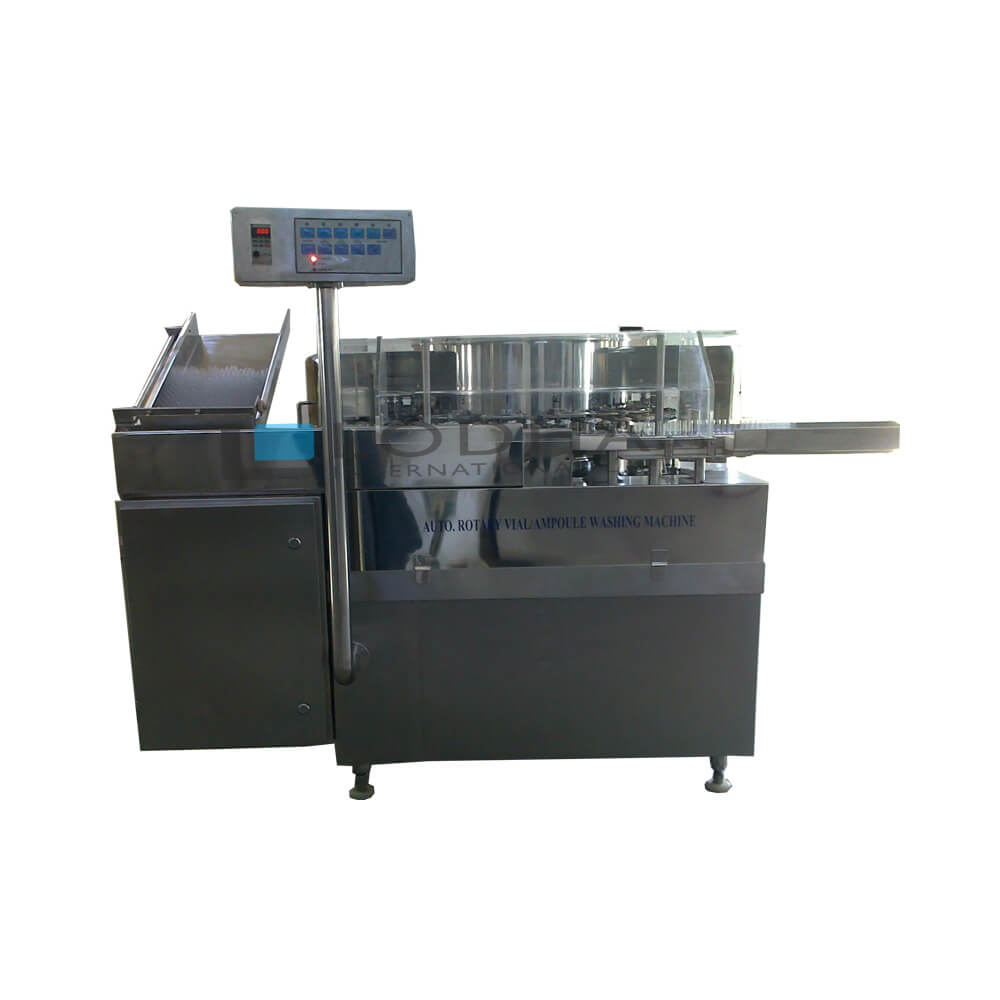 The United States spends a lot on providing the public health care facilities to its citizens and in order to sustain the integrity of the facilities there are several strict norms that need to be followed. This sector is ever expanding and holds the expected growth of 5 %. There is a greater emphasis on sterilization and therefore there is a huge market for equipment ensuring this hospital and public safety.

France The health care system in France consists of a closed integrated network of public hospitals, private hospitals, medical service providers, and doctors. This advanced health care system provides health care for each of its citizens, regardless of wealth, age or social status. The spending on the healthcare facility accounts for around 10.9 % of the total GDP. Therefore the investment in the lab equipment such as the ampoule washing machine is often backed by government funding.

Spain’s healthcare segment is gradually building up strength. It comprises both private and public hospitals and facilities. Approximately 71% of the total spending is contributed to Public health expenses. European expenditure for Pharmaceutical Packaging equipment is valued at around US $2 billion. The same holds true for other countries like Portugal, Bulgaria, and Poland. This growth is expected to grow perpetually at a rate of 6.57 %.

Middle East countries’ market for pharmaceutical equipment is still rising however at a steady rate of 6.6 %. It was valued at the US $ 0.69 billion in 2019 and is expected to rise at 0.97 billion dollars by 2024. The manufacturing process and a move towards public safety drive the market for advanced equipment requirements.

Pharmaceutical equipment plays an important role in taking a progressive step for society. An ampoule washing machine is a very simple equipment to ensure the sanitization before the final packaging. The global pharma market is on the rise thus creating a large market for the companies.